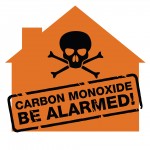 Often, several members of the same family or those in a given building will complain of the same symptoms. Children are thought to be more susceptible to carbon monoxide poisoning than adults. Some people may not suspect that CO poisoning is occurring until major symptoms appear. Carbon Monoxide poisoning can mimic gastroenteritis s (nausea and vomiting). Other manifestations may elderly, pregnant women, and anyone with a previous history of cardiac insufficiency or chronic obstructive lung disease.

Cerebral edema (swelling of the brain) is also a common result of severe carbon monoxide poisoning. This life threatening condition entails the destruction of brain cells by compressing them into themselves within the cranial compartment. Drugs that are normally used for the treatment of cerebral edema, like Dexamethasone and Mannitol, do not seem to be of assistance in the treatment of CO induced cerebral edema. Studies have shown that cerebral edema caused by CO poisoning can cause delayed neurological problems that involve the “higher” or cognitive functions, and may cause a Parkinson‐like brain syndrome.

1.  Move the victim(s) to fresh air, this will only relieve immediate symptoms of acute poisoning, remember if you have chronic poisoning that is low level and that has gone on for sometime your deterioration may be gradual so it could be some  me before you notice.
2.  Activate the Fire/Emergency Medical Service System, if victim(s) are experiencing any symptoms, if the ﬁre department is called and they have the equipment ask them to record the CO PPM (parts per million of carbon monoxide in the air). This could be used to help your doctor diagnose your illness, also should you decide to pursue a legal claim may well help your legal team.
3.  Monitor for respiratory problems, get a COHb test to check for carbon monoxide levels in the blood.
4.  Ventilate the aﬀected area. Upon arrival, it is recommended that Basic Life Support (BLS) (e.g. EMT) personnel should:

1. Further evaluate the respiratory tract for dysfunction or possible compromise ‐ intubate and assist ventilation as needed
2. Draw a blood sample for Carboxyhemoglobin analysis
3. Provide 100% humidiﬁed oxygen, do not delay administration of oxygen while performing blood sampling
4. Administer normal saline or other crystalline parental ﬂuids at 2/3 to 3/4 of normal maintenance rates
5. Prepare for the possibility of generalized seizures in severe cases. Give diazepam (Valium) in 2‐10 mg. doses (as needed) to terminate and control seizure activity
6.  Perform electrocardiogram monitoring of the pa ent, be especially aware of ventricular ectopic beats and heart blocks. EKG changes seen most commonly in CO patients are ST segment depression, T‐wave abnormalities, atrial ﬁbrilla on, and PVCs.
7.  Any patient found unconscious, seizing, or with EKG changes and with an associated history should be treated as a severe carbon monoxide poisoning un l proven otherwise
8.  Consider direct transport to a Hyperbaric Oxygen therapy facility, with Oxygen being administered en-route, for severely poisoned patients

If the patient’s history suggests any possibility of CO Poisoning, treat him/her as though they were exposed!

Many lives could be saved and much disability prevented if citizens could learn to recognize and prevent the dangers of carbon monoxide poisoning. Preventive efforts such as checking furnace ﬂues, chimneys, and vents could help to alleviate the hazard. The use of good common sense in not using open ﬂames, ovens and other appliances not intended for heating, could reduce the number of carbon monoxide related incidents. It is also recommended that homeowners have their complete heating systems checked before every heating season.

Only by being aware if the peril and understanding the nature of the hazard, can we help to prevent unnecessary exposures to deadly carbon monoxide. By understanding the mechanism of injury, we can be be er prepared to treat the effects of this toxic product. In this way, it is expected that the number of people who succumb to carbon monoxide’s “deadly clutches” can be reduced.